An Evening with Patti LaBelle

A private evening at Longwood Gardens.

*A significant portion is tax deductible*

All questions can be submitted to: Tickets@PattiatLongwood.com

A private event at Longwood Gardens.

Longwood Gardens will be closed to the general public on September 13th, 2022, to allow for this special event to take place. All proceeds will be donated to the new construction of the Kennett Library and Resource Center. In case of impending weather, a rain date will be set for September 14th.


What does the night have in store?

Doors open at 5:00 pm for your enjoyment of the gardens and Conservatory. VIP ticket access to the wine and cheese event with a greeting by Patti begins at 6:00 pm. The concert starts at 7:30 pm. Exclusive backstage access for select ticket holders follows the show.

The Kennett Square Library and Resource Center is collecting funds to build their brand new library. All proceeds benefit the construction of the new Kennett Library and Resource Center. The total cost of the construction of the library totals $21.7 million. Thus far, $15.4 million have been raised. Not only is this a private evening at Longwood Gardens, with a live performance by Patti LaBelle, but also benefits the local community!

Click Here for more information about the library construction updates!

With your donation you can help the local Kennett community! 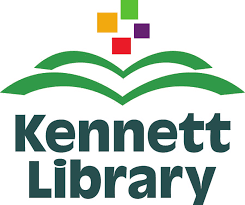 Beautiful simply does not describe the incomparable force known to the world as Patti LaBelle. As time continues to evolve, the soulful songbird’s name has become synonymous with grace, style, elegance, and class. Belting out classic rhythm and blues renditions, pop standards, and spiritual sonnets have created the unique platform of versatility that she is known and revered for. It’s a small wonder that Patti has time for anything else in between recording and touring, but she makes time, and the world is oh so happy that she does! She has written six books, Don’t Block the Blessings, LaBelle Cuisine: Recipes to Sing About, Patti’s Pearls, Patti LaBelle’s Lite Cuisine, Recipes for the Good Life, and Desserts LaBelle. Recently, Patti released a 20th-anniversary edition of her New York Times bestselling cookbook LaBelle Cuisine featuring three new recipes. Additionally, Patti has been featured in popular films and television programs, including A Soldier’s
Story, A Different World, American Horror Story, Empire, Star, and The Kominsky Method, and starred in her own TV series, Out All Night. She’s also wowed television audiences with unforgettable
performances on the hit shows, Dancing with the Stars and The Masked Singer, and starred in Broadway productions of Your Arms are Too Short to Box with God, Fela, and After Midnight; in 2007, she introduced Patti’s Good Life, a successful food and lifestyle brand that offers a variety of frozen comfort foods, breakfast items, and desserts, including her world-famous sweet potato pie. The Patti’s Good Life brand is available at retailers across the United States, including Walmart and Target. Always a person to take on new challenges, in 2017, Patti launched a record label, GPE Records, and released her first jazz album, Bel Hommage. Although she is an award-winning entertainer, author, and entrepreneur, Patti’s work as a humanitarian is just as noteworthy. She remains an advocate for adoption, diabetes, cancer, HIV / AIDS, and many other causes and non-profit initiatives.  While she has reached the heights of success throughout her 60
plus year career, Patti has also endured and survived personal strife. Within a ten-year period, she lost her mother, three sisters, and best friend to diabetes and cancer. In 1994, she was diagnosed with diabetes and shortly thereafter became a spokesperson for the American Diabetes Association.  The same motivation that had Patricia Louise Holte blossom from a choir member to lead vocalist for Patti LaBelle &amp; The Bluebelles and later Labelle to a solo artist is the same energy that keeps her fire burning at seventy-eight years young. “Each year I grow, and that’s a blessing from God. I do what I
can do. I do what I feel God has given me the energy to do, so I just go out there and I do it…it’s not about making money because I don’t need money, but I need to sing. With a voice or without, I’ve got to get on that stage.” And the world is thankful that Patti’s voice sounds so good to our ears.